Turkish Dictator Erdoğan Frightened by Comedians Speaking Out Against Fascism

Turkish Dictator Erdoğan, well known for his thin skin and totalitarianism, recently demanded two prominent Turkish comedic actors, Metin Akpinar and Mujdat Gezen, be brought before a court for insulting him following an appearance the two made on television together. 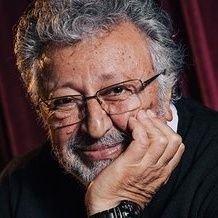 During the appearance, Akpinar said “The only way out of this polarization and chaos is democracy,” continuing, “If we do not reach this, like what happened to all forms of fascism, the leader might be hung from his feet or maybe poisoned in the cellars or meet the same end as other leaders in the past.”

Afterwards, police came to the men’s homes and took them first to prosecutor’s office in Istanbul for questioning and then to court. The two were banned from leaving the country and ordered to report to a police station every week, as authorities consider whether to press criminal charges.

Freedom to publicly criticize Erdoğan and the Turkish government has been severely curtailed in Turkey. There had been an ongoing crackdown on journalists, academics and celebrities opposed to the concentration of vast executive powers in the presidency, a shift more deeply enshrined into law since a 2017 referendum.

The Freedom to criticize Erdoğan hasn’t only been curtailed inside of Turkey, Erdoğan has been working to curtail criticism of him beyond the borders of the country. With renditions of political opponents around Europe, violent attacks on anti-Erdoğan protesters in the US and legal actions against criticism of him throughout Europe.